If you’ve done any shopping for kid’s toys at Target recently, you’ve probably noticed the All-Pro Passer, Spybots Roboear, and the Super Wubble Ball (or at least your kids have).

They are some of the hottest toy gift ideas available at Target this year and my three boys recently had the chance to test all three of them out.

The good news is that they recommend two out of three of the products.

Keep reading to find out which toy didn’t make their recommendation list.

If your kids are into football they’ll easily fall in love with the All Pro Passer.

As soon as my boys saw it come out of the box they were instantly excited to give it a try.

While the box does recommend this toy for those 14+, all three of my kids who have previous football experience, ages 9, 10, and 12 have a great time using it and it is pretty much self-explanatory for them to get started.

The only thing to make note of is even when on the “short” setting the ball does go pretty far.

We have trees in both our front and back yard and the ball easily gets caught in a tree multiple times during a play session.

Overall, this is a great toy for kids who play football as a youth sport or just like playing outside in general.

It’ll keep them entertained for a decent amount of time, however, as a parent just be prepared to do a lot of smelly laundry.

My three boys give it a 5-star rating of approval for both kids and parents!

Read Also: What to Expect During Your Child’s First Year of Youth Football

The Super Wubble Balls are a fun idea, however, unlike the advertisements, they do not provide hours of enjoyment and they definitely aren’t very durable.

After the boys patiently waited for these balls to be blown up, it turns out the fun would only last for 10 minutes or so before the first ball got its first hole and the second ball would be soon to follow.

While it does come with patches I just can’t justify the price tag on this item.

Based on the quality that we experienced I’d only see this product being worth a few dollars, if that, since I can’t think of a situation where a toy that lasts for less than 30 minutes would be beneficial for anyone.

Thankfully, my youngest son is 9, so we’re way past the meltdown stage. However, since the toy is recommended for those 6 and up I could see younger children becoming very upset about the toy deflating so quickly.

My three boys all give this product a 1-star rating and my oldest says he doesn’t think parents should purchase this at all because based on the advertising it’ll lead to children getting in trouble due to the parents thinking they intentionally misused the product when that isn’t the case at all.

The Spybots Roboear is one of those gadgets that the boys already had their eyes on since they had seen it on tv.

Plus, as an adult, I must admit that this is a pretty cool gadget.

My three boys love spying on each other, especially my oldest, who is frequently spotted trying to see what the other two are plotting.

If you have multiple kids, or even possibly a single kid that is interested in spy gadgets, the Spybots Roboear would make a great gift for them.

The All Pro Passer, Spybots Roboear, and Super Wubble Balls are likely included on your child’s wishlist (or at least one of them).

If so, I hope that these reviews can help you decide whether or not it would be a good idea for you to purchase them. 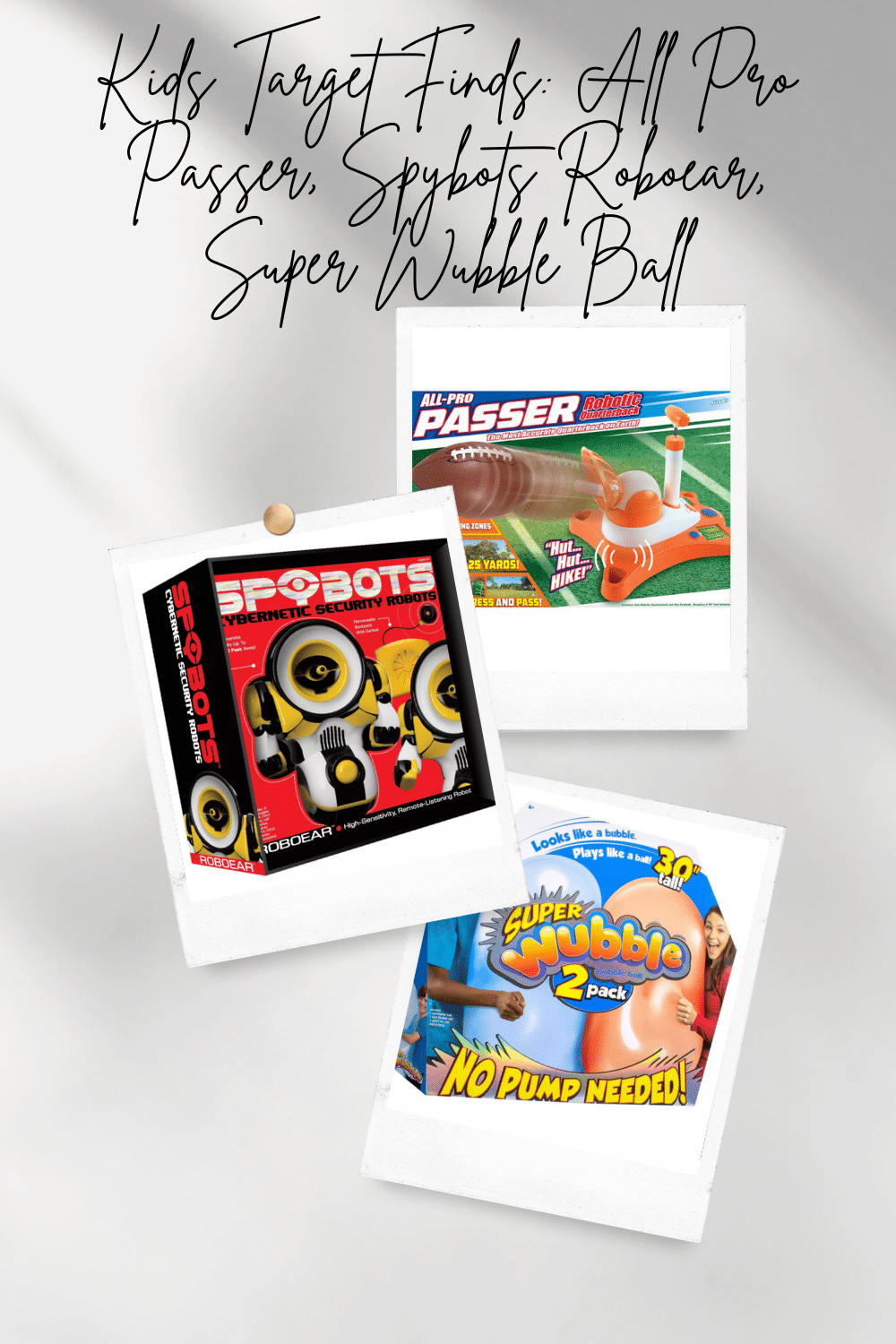