Disclosure of Material Connection: Some of the links in the post above are "affiliate links." This means if you click on the link and purchase the item, I will receive an affiliate commission. Regardless, I only recommend products or services I use personally and believe will add value to my readers. I am disclosing this in accordance with the Federal Trade Commission's 16 CFR, Part 255: "Guides Concerning the Use of Endorsements and Testimonials in Advertising."

For Americans, they often think they need a complex survival guide to Mexico. Turn on the news channel and you’ll see the scaremongers telling you about the death and destruction that will surely be wrought upon you if you don’t stay in a secure all-inclusive resort.

As someone who spends a few months of the year in Mexico every year, I constantly have to tell people that they should ignore the news entirely. Don’t pay any attention to it whatsoever.

Most of it is nonsense compiled by people who themselves have never been to Mexico.

But you still need to take precautions. Here’s your survival guide to Mexico, complete with the most common traps, scams, and frauds.

Violence and Your Survival Guide to Mexico

You’ve likely heard the figures that almost 30,000 people were murdered in Mexico in 2018. There are warzones that don’t have as many murders as Mexico. I concede that it could scare people.

However, I live in Guanajuato, which has the highest number of murders of any state in Mexico. Yet I’ve had zero trouble. I feel safe. I don’t fear the violence. And your average person doesn’t either.

These murders are connected to the drug war. The majority of murders are to do with people in the drug trade, policemen, and journalists. The drug cartels couldn’t care less about tourists. They don’t want trouble with tourists because it leads to crackdowns and disruption for them.

Let me give you an example.

A few years ago a girl from the US was murdered in Puerto Vallarta. Her body was found dismembered on a beach. I asked a local what that was all about and he told me what happened.

The girl had bought cocaine and then ran away without paying. Of course, that was never mentioned on the news.

There are countless stories like this. Only when you actually live in Mexico do you find out the real stories.

Of all the hundreds of thousands of tourists who visit Mexico every year, an extreme minority experience violence. And that’s nearly always because they decided to buy drugs or get into a fight with a local.

Your average tourist has nothing to worry about. Come to Mexico and you’ll be confused as to why everything seems so peaceful during your stay.

Taxi drivers are labeled as scum in most parts of the world. Most developing countries have what’s dubbed by the locals as the ‘taxi mafia’.

Mexico is different, though. They found a way to get around that.

Go to any major airport or bus station in Mexico and they will have a pre-paid taxi booth. You pay the booth from the set rates you can see on the board. Most cities are divided by zones. They give you a ticket, you give it to the driver outside, and no money ever changes hands between you and the driver.

I wish more countries had a system like this.

Uber does exist in Mexico, but it mainly operated only in major cities, like Mexico City. In many cases, though, ordering a taxi is cheaper.

Of course, I always recommend that you call a taxi and don’t try to hail it off the street. In any poorer country that’s just common sense.

Pickpockets are a problem anywhere where you find tourists. Mexico is no exception to that.

I recommend simple precautions. A money belt, like the Travel Money Belt, will give you a huge advantage over any would-be thieves. Another thing I always tell people is to avoid carrying anything of value with you. Leave your passport and the bulk of your cash in your room. Take only what you need for the day.

You’ll experience the biggest problems on the Mexico City Metro System. This is a problem for locals as much as foreigners.

Even the locals carry their bags on their fronts. I don’t do this. What I recommend is choosing a wall by the door. Stand with your back to it and nobody has a chance of stealing anything.

If you are carrying a backpack, I recommend an anti-theft backpack, like the Travelon Anti-Theft Travel Backpack. It comes with locking zip compartments, with multiple compartments. It also includes two RFID chip blockers.

What about Violent Robberies?

Violent robberies can happen on occasion in tourist areas. But this is really just about using the same common sense you would use back home.

Just make sure you:

This is just knowing how not to be an idiot. You don’t need to be paranoid in Mexico.

A clever trick if you do get into a situation, though is to use a hidden stash of some kind. I found this cool hairbrush that allows you to put some rolled up notes in the top of the hairbrush. Even the most experienced robber in the world won’t be able to spot this.

What about the Drug Problem?

I’m not going to deny that if you hang around Puerto Vallarta and Cancun for long enough that you won’t encounter drugs at some point.

But here’s an interesting thing to know about Mexicans. They’re producers and suppliers to the US, they’re not consumers. The average Mexican has no interest in drugs, including many of the young people.

Drugs are widespread for consumption in areas where tourists frequent.

My advice is to just say no. I don’t care if someone likes taking drugs, but I always advise them not to in Mexico.

Police sting operations are common, where police officers will use a friend to sell drugs and then instantly bust the people who bought them. If you’ve ever watched a TV show called Banged Up Abroad this exact scenario happened in Southern Mexico.

Drugs will also make you vulnerable to robbery, rape, and being arrested.

Getting Your Sense of Direction in Mexico

I mention that not looking like you’re lost is important. But it’s not just about deterring thieves. In Mexican cities, you’ll get rich neighborhoods sitting right next to dangerous neighborhoods. For the uninitiated, it’s easy to stumble into the wrong place.

A big part of any survival guide for Mexico is not finding yourself in the wrong place.

Thankfully, the majority of tourist destinations have a single zone where you’ll find all the historical destinations and all the party places. Stick to these tourist areas and don’t venture outside without a guide.

I would also recommend planning ahead. Decide what you want to see and where you want to go and how to get there.

Mexico’s tourist industry is highly developed, so you’ll find plenty of street signs when you’re close to where you want to be.

If you must take out the phone or the map, duck into a store. Don’t do it in the street.

What about Corrupt Cops?

Corrupt cops rarely take an interest in tourists unless they’ve done something wrong. Just stay out of trouble, don’t act like an idiot, and the chances are you’ll never have a single interaction with a Mexican police officer.

By and large, I find the average police officer to be quite friendly. They will always furnish you with directions if you ask.

The ones you need to watch out for are the traffic police. They shake down everyone from locals to foreigners, so if they see a foreigner driving it’s like Christmas for them.

This is why I generally don’t recommend driving in Mexico. You can take tours and the intercity bus system is extensive.

If you do get caught, just pay them. It might go against your principles, but they can destroy your vacation if you want to fight it.

Do you really want to lose two days of your vacation over a couple of dollars?

Last Word – Mexico is Not a Warzone, It Just Requires Commonsense

Follow these tips and it’s highly unlikely you’ll run into trouble in Mexico. You don’t have to lock yourself up in some resort for your whole stay.

By using these tips you’ll be able to explore Mexico to its fullest and sample what is one of the richest, most vibrant nations on the planet.

Are you planning a trip to Mexico in the future? 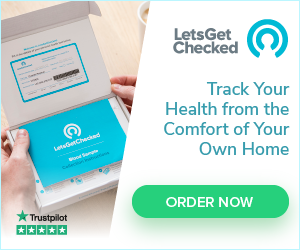 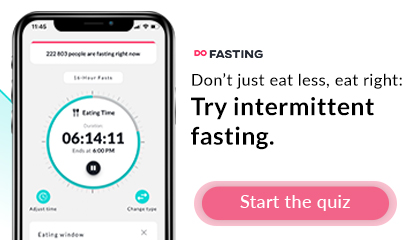