Skip to Content
Home / Travel / Your Mexico Travel Guide for 2019

Disclosure of Material Connection: Some of the links in the post above are "affiliate links." This means if you click on the link and purchase the item, I will receive an affiliate commission. Regardless, I only recommend products or services I use personally and believe will add value to my readers. I am disclosing this in accordance with the Federal Trade Commission's 16 CFR, Part 255: "Guides Concerning the Use of Endorsements and Testimonials in Advertising."

Cinco de Mayo is almost here. This is the time of year that everyone starts thinking about Mexico. There are flights to various parts of Mexico from practically every major US city. And if you live on the southern border you may even want to drive across. But you need a Mexico travel guide to figure out where to go and how to handle yourself here.

Thankfully, we have just that from a person who currently lives in Mexico.

There’s never a bad time to visit Mexico. So in this Mexico travel guide, we’re going to go into how to plan the perfect Mexico trip, as well as answering some of the most asked questions about visiting Taco Land.

Additional Disclaimer: Yes, I’m biased, because I typically spend a few months of the year here.

Mexico Travel Guide – Where Should You Go?

Mexico is a vast country. It’s bigger than it looks on the map. Just to get from east to west in the thin part of the country will take well over 12 hours on a bus speeding along a new highway. Don’t underestimate distance here and don’t try to cover too much.

On a side note, the bus system is wonderful here. You get free food and drink on the tourist class buses, and plenty of leg space. They’re far superior to the Greyhound buses in the US.

I recommend the Tucker Travel Cover for any bus rides. They like to blast the air conditioning, so the interior of these buses can be excessively chilly.

Anyway, here’s a brief Mexico travel guide to the different areas of the country:

South – The most popular part of Mexico. The Yucatan Peninsula, Mayan culture, and the party towns of Cancun and Playa del Carmen.

How to Get to Mexico

Getting to Mexico is easy from the US. You can drive, fly, or take a cruise. For the purposes of this article, I’m going to discuss flying into different parts of Mexico.

First of all, the north is best accessed from states like California, Texas, Georgia, Arizona, and New Mexico for obvious reasons. If you do insist on driving from here, take into account the many hours you might spend waiting at the border posts, particularly when coming back into the US.

Generally, the major flight hubs of Mexico are Mexico City, Guadalajara, Cancun, and Puerto Vallarta. You’ll have no problems finding cheap flights to any of these major destinations.

Do bear in mind that if landing in Mexico City and going elsewhere you should budget at least a couple of hours to get out of this vast city. It’s the biggest city in the Western Hemisphere, after all!

US citizens and Canadians don’t need a visa and can stay for 180 days.

What Should You Visit When in Mexico?

Mexico is simply too big for me to write guides and detailed itineraries in this post. People spend years in Mexico without visiting many of the major hotspots. It may be smaller than the US, but it’s just as dense.

It really depends on what you want to see, but my advice is to take a segment of the country and look at a Mexican travel map to determine which destinations you might want to visit.

I’m most familiar with the center of the country, so I’m going to offer you the same itinerary I used when I originally arrived in Mexico:

Step One – Land in Puerto Vallarta (I flew from Calgary in Canada).

Step Two – Explore the town of Puerto Vallarta, which is incredibly popular with expats. I also visited the nearby towns of Boca and Yelapa, which involved a ride on a speed boat to get there.

Step Three – Take the bus east towards Guadalajara, Mexico’s second city. I will warn you that despite its size Guadalajara has little in the way of historical buildings, apart from a small center. This is more for partying without the bustle of Mexico City.

Step Four – Take day trips to the town of Tequila – the home of tequila – and Lake Chapala.

Did you know that legally a drink can only be called tequila if it comes from within a 15km radius of the town of tequila? Common brands you see back home are called Liquor de Agave here.

If you want something great to serve tequila from the home of tequila with, I recommend this Day of the Dead themed bar set. Why do I recommend it? My friend in Guadalajara has a set extremely similar to this!

Step Five – Take the bus further east to Guanajuato. This is the colonial city I’ve mentioned in my list of best Hawaii alternatives for a romantic getaway. And I live there!

Step Six – Visit Queretaro to the south. This was always a popular city on the way to Mexico City, and it’s known as one of the safest major cities in Mexico. With a historic center contrasting with modern buildings, there’s plenty to do here for a weekend.

Step Seven – Finish up in Mexico City. Mexico City is notorious for all the right and the wrong reasons. Don’t believe the stories about it being a war zone. The capital has a lot to offer. You just have to be prepared to be constantly crammed in.

But it’s also the ideal place to fly home again, with an easily accessible airport offering regular, affordable flights to the US.

Is Mexico Safe to Visit?

I have a rule when it comes to travel. I ignore everything the US government has to say on matters like these. The US government is paranoid and unreasonable. You also have to understand that governments have to be paranoid because if they’re not they can be sued.

I always look at the advice from a country like the UK, Germany, or Australia. And they say Mexico is fine…you just have to be on your guard.

Use the same common sense as you would in New York or Los Angeles at one in the morning. Don’t walk around alone waving your new smartphone in the air.

But what would I recommend you take for your peace of mind?

First of all, I recommend something like the Travelon Anti-Theft Travel Wallet. This can go around your neck or fit cross body to hide your valuables. It’s slash resistant and comes with RFID blocking technology. It also has a detachable LED light.

DO NOT wear a money belt. Thieves are expecting this and it’s the first place they’ll look. Plus, they’re so obvious. When I’m living in Guanajuato and I see tourists wearing these even I want to rob them just to teach them a lesson.

I’ve mentioned it before but I also recommend this leather travel belt with hidden pocket for hiding some emergency money. A few hundred dollars in good, crisp US currency and you’re good to go.

I’d also recommend sticking to public transport in Mexico. You won’t have problems with ordinary police, but the traffic police are dire here. They hassle local Mexicans, but if they see a foreign license plate you can guarantee that you’ve committed an offense somewhere.

What about Bribes in Mexico?

Mexico is indeed one of the most corrupt countries in the world. However, as a foreigner, you’re unlikely to ever encounter such a scenario where you would have to pay a bribe.

Pay the bribe. It’s that simple.

Do away with any Western thoughts of law and order. Nobody cares here. You may get away without paying a bribe by standing your ground, but it will take twelve hours of nonsense at the nearest station before they let you go. Is it really worth ten dollars?

It might be annoying, but it’s just how the culture works here. If you have money, the law doesn’t apply to you. That’s how it has been for centuries in Mexico.

Final Thoughts – Are You Going to Mexico?

Mexico has its problems but it’s truly a wonderful country. There’s a reason why I’ve made it one of my bases for traveling the world.

Just come prepared and don’t let the media scare you into thinking that Mexico is something it’s not. Drug lords have no interest in you. In fact, it’s less trouble for them if they avoid you entirely.

With so much culture right outside your door, it doesn’t make sense to stay home. Read through our Mexico travel guide and have the time of your life!

Have you visited Mexico before? 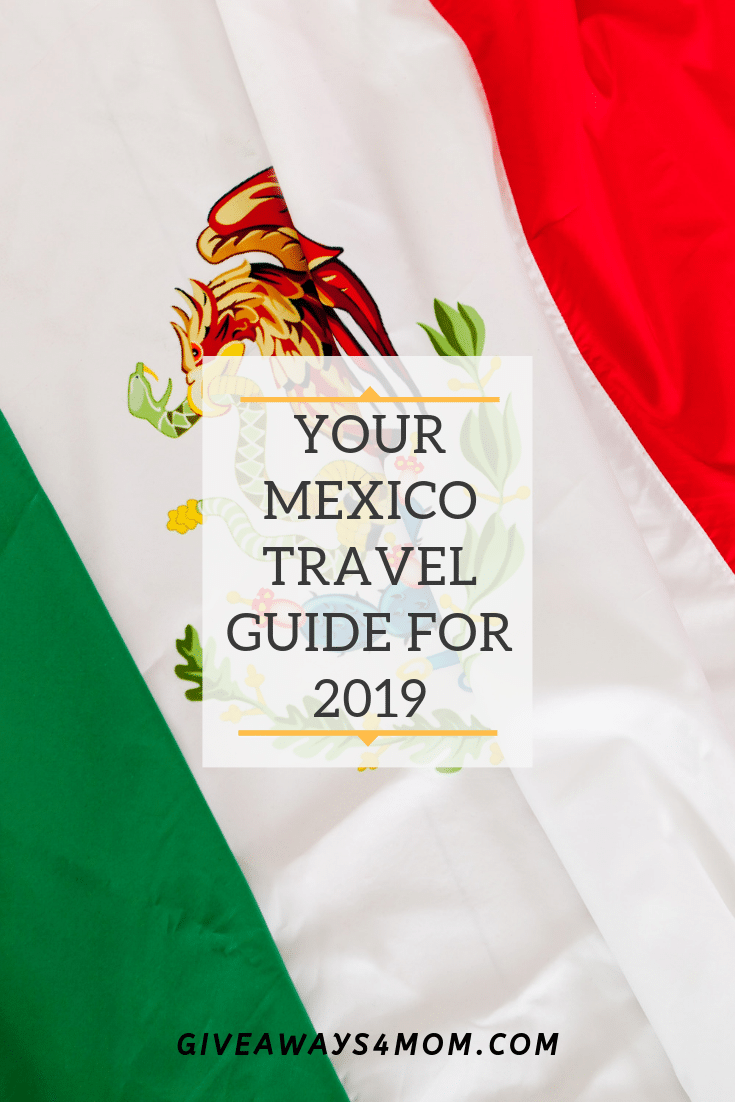